The End of Avalonstar V...

…and a new start to the sixth year of Avalonstar. With that Bryan has announced the results of his Tshirt Contest!

It was a gruelling month for Bryan as through out the contest it seemed that nobody was entering, but I did. Man as bad as the contest was going, it seemed like luck was finally shining my way and that seeing as I was the only one entering, I guess it was only natural that I was the only one going to win. It was evil, coniving and in some respect sadistic. Just to make sure I bombarded him with entries and in the end I entered four, yes that was four entries into the contest! But I guess that wasn’t enough for Bryan. I guess mine were just… under par and undeserving of the $300 that he extended his contest for an extra week. A week? I wasn’t worried about a week! I was looking foward to today. Man, I could taste that prize. I was even practising how to tell him what I want. I was gonna rip off Martin Luther King, Jr but I only knew the first few words and so it went:

“I have a dream. Bryan, I said I have a dream. I dream of coding. I have a dream that you, yourself would deliver this dream upon my righteous hands and the light would shine down on us from above when I shall recieve your gift.”

Yeah… I was ready. And the day had come.

I was excited but I braved the journey in typing A-V-A-L-O-N-S-T-A-R and proceeded to press Ctrl + Enter. The page was loading. The wait was not so long but I felt my face slapped across the screen. I scrolled down and read the excerpt. The winners would be announced. I was surprised to see that there was 26 entries and sure enough my success didn’t seem so certain but I couldn’t give up now! It finished “Okay, Iâ€™ll stop talking, letâ€™s get it on!”

There was a pause. I sighed. Stretched out my hand and brung it down until the pointer was hovering over the read on link. I looked around the room and it was grey as I felt the world daunt on me. I looked back to the screen and down to my hand. As he said, “only one click separates you from me and salvation.” and so I clicked. I clicked and prayed. The screen loaded. I saw the same block of text I had just read and under it… I saw my entry. It was a momentus day. Glory had swept me. I was readying the tears until I read right above my entry. 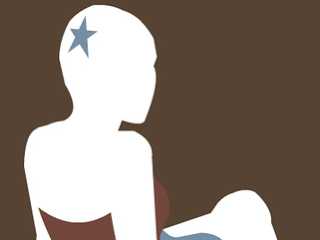 The tears came but lo they were not tears of joy. No they were not. I took a step back and I thought to myself: runner up is great, My design didn’t really justify his efforts in his site. I was intrigued that my last entry made it because I rushed it and it was really just a draft of an idea. I was proud that I made runner up. Now content I was ready to see who had bested my efforts. I had only scrolled down a little bit more until again tears had come. 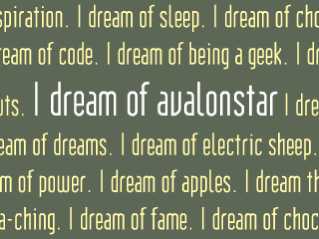 Damn. That hurt Bryan. For those of you of less cunning, Phu Ly is my brother and I wish not to express my… opinion on the matter that he beat me because alas I would like to keep this site clean and so that when you search me up in Google, I don’t appear as a star of pornography. Now onto the winner. 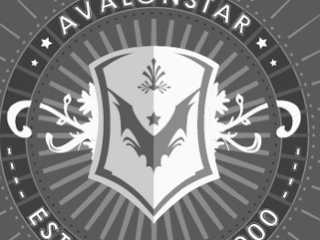 Kyle Jones, I don’t know him but I do know that that was a hell of a design and much congrats to him. I wonder what he’ll wish for.

It was a great contest and I’m sure Bryan’s satisfied with the winning entry. Thanks for the comment Bryan and especially Jen. I enjoyed the contest. I’m just gutted that I have to wait another five years before I have the chance of robbing him of $300 again. It’s sad and cliche but after what has passed over these few weeks…

The Making of Flash 8

Great short clip about the making of Flash 8. Well really it’s just a very brief history of Flash, the testing period of Flash 8 and the Flash 8 party! Wish I was there. It’s a nice clip to see the people who made Flash possible. Congrats to the team!

Avalonstar is hosting a t-shirt contest. Only a week or so left, hurry! $300 practically on offer.

Another Contest!? I’m really late on this one but I thought I’d post it anyway…

The acclaimed site GameDev is featuring a contest where you need to make a game that features any two of the four elements of the contest. The elements are pretty kooky but kooky’s good, they are: Robots, Pirates, Ninjas and Zombies. There are pratically no restrictions but I’ll let you read up on that. The prizes sound cool but a bit out of my league but it sounds cool to enter and there are of course bragging rights, right?

It ends on the 31st October, I’m four months late but there’s still a month left! Quickly make the game, write the manual, Zip the file and send it with a gift! (Kidding, you don’t ‘need’ a gift… it helps though, I’m sending cyber chocolate!)

I actually heard this news on Flashkit some time ago, but not to digress have a gander at the competition presented by Miniclip, the makers of the Heli Attack series. This is rare opportunity for all game designers to show off their talents to the world because Miniclip has announced a game competition!! The competition asks you to make a quality game not just a pretty game and there are specifics that need to be followed like it needs to be under 3kb, with no bigger than 800 x 600 dimensions and it needs to be coded for flash player 5, 6, 7, shockwave player 8.5 or java. The genre is totally upto you but you need to be 16 to enter! These games need to be fully complete with no nudity/violence and it goes without saying no stickman games! How they will define violence is questionable I guess, seeing as they did make the Heli Attack series, but it’s a risk that only you can take.

The winner (and maybe some runner-ups) will recieve a $3000 contract for their game!! You should read the terms and conditions about the contract and where to send your game file (.swf, .dcr, .jar only!!).

So good luck but not too much luck as I’ll be sure to enter too!

It ends on 18th of November so we have two months people!